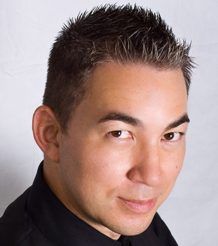 Dennis owns “Dennis Jones, The Creative Music DJ”, a single-op mobile DJ company which has formed a niche in the Southern California market by bringing a unique blend of creative club-style mixing, professional event coordination, and energetic emceeing to all events. He is known locally for his passion with the old-school art of DJing– And his tasteful ability to bring turntablism and other club techniques to a private event show. He is also currently President of the San Diego Chapter of the American Disc Jockey Association, a member of Mensa, and has a Masters in Business with emphasis on corporate ethics.

Starting his journey into DJing in 1987, Dennis is now recognized as one of San Diego’s leaders in the mobile entertainment field. He has held regular residencies in the late 1980s and early 1990s playing in clubs and bars to crowds of all ages. He has played private parties for celebrities such as David Justice, Antonio Jaramillo, Ryan Pickett and many others.

In the past couple years his company has been featured in many magazines such as Exquisite Weddings, San Diego Style Events, and The Knot Magazine.

Dennis believes in constant practice, which lends well to his latest collaboration with Rock My Run– A mobile app for exercise enthusiasts for which he creates several mixes a month. He also regularly runs a local “session night” which local DJs from all over San Diego attend and showcase their skills while sharing knowledge with others.