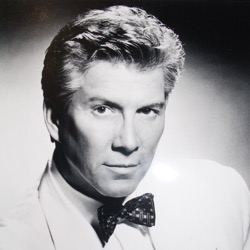 Michael Buffer is world renowned for his tuxedo image and famous trademarked phrase “LET’S GET READY TO RUMBLE®!” (“LGRTR”®). He is one of the most recognized faces in the world of sports and entertainment due to his past 30 years of announcing many of the biggest championship boxing events and many other internationally televised sports and entertainment events.

Considered the “Voice of Champions ®” by millions of fans worldwide and regularly performs voice-over work for sports, entertainment, internet and product advertising and promotional campaigns due to the fact that his voice is so highly distinguishable internationally.

“LGRTR®” is known as the “clarion call to the pure integrity of the competitive spirit”, promoting an “adrenaline boosting, positive will to win attitude!” in the hearts and minds of fans of all ages. Licensed “LGRTR®” brand toys, video games and other licensed products surrounding the “LGRTR®” brand plus utilizing Mr. Buffer’s voice and persona have been developed and have grossed approximately $400,000,000 in retail sales internationally during the period of 1999-2009 and growing.

Many NFL, NBA, MLB and NHL teams create a higher level of excitement playing Mr. Buffer’s “LGRTR!”® before the start of their home games through special DAT recordings or the licensed use of a prerecorded Platinum selling CD titled “ESPN Jock Jams”.

Due to this overall exposure Mr. Buffer is in great demand for personal appearances or special voice tapes for Professional Sports Teams, Minor League Teams and Collegiate Teams representing all sports. He also makes personal appearances and performs for numerous international corporate functions, TV shows, movies and cartoons (such as the Fox Network TV show, “The Simpsons” and Comedy Central’s “SouthPark”) along with varied private functions.