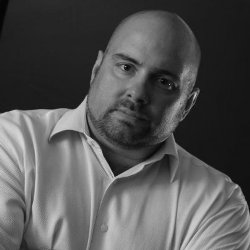 Keith “K.C.” KoKoruz is the owner of the Chicago based Keith Christopher Entertainment Group, the Windy City Wedding Show and the Badger State Bridal Expo. He started DJing in 1988 in college and has been entertaining for a living ever since. His passion for entertaining is equally matched by his passion for marketing.

In 2009 after having a falling out with his business partner he found himself being forced to start over again. Since then his new company has become one of the most popular entertainment companies in Chicago. In 2010, he started his bridal show business which has quickly become one of largest bridal show companies in the country producing 20 show per year currently.

In the past 12 months his companies have been featured in the Chicago Tribune, the Chicago Sun Times, the Daily Herald, Pro Mobile Dj, Dj Times, the American DJ Association’s Current Audition as well as local television channels WGN, FOX, CBS, NBC, and ABC and WGN radio 720 AM.